More events plus happenings in August and September and throughout the year are detailed at our CLOH.org calendar.

Navigate to the reflective writing input form. at Play.CLOH.org/input. 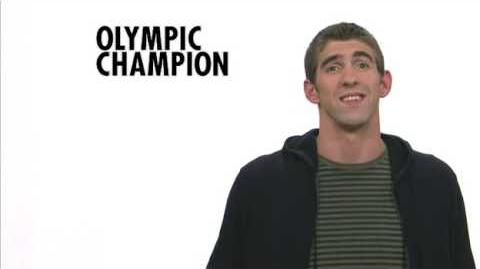 The butterfly stroke is the second fastest used in competition, giving way only to front crawl, but only marginally' Officially it has only been accepted for competition since the 1952 Olympics. The world record time for 100 meters Fly held by American Bill Paulus is 53.81 seconds and the women's time of Mary T. Meagher (U.S.A.) is 57.93 seconds. Freestyle records for 100 meters are 48.52 seconds  held by America's Dave McCagg and 54.04 seconds by East German's Birgit Neike. So one can see how much the Fly has progressed in a comparatively short time.

Since 1956, when butterfly was accepted as a separate event and stroke, its development has progressed rapidly. In its early days, the stroke was used with a breaststroke kick by good breastroke kickers, lacking ankle flexibility. However, with the increased use of the dolphin kick and the stroke's demand for great flexibility in arms and shoulders, more and more front crawl swimmers adapted to butterfly. Also, as individual medley swimming developed, so did the butterfly stroke. The stroke calls for great flexibility, coordination and feel for the water. Attention must be paid in all the drills, !o perform the movements in such a manner that will transfer to a good fluent stroke.

1. Using a kick-board, arms at full extended, with elbows behind end of board, kick dolphin, head up ("bounce the feet up").

2. Drill 1 with head down, raising it for a breath every second kick, and dropping it down sharply for exhalation ("Use back in movement.")

3. Kick dolphin with arms extended (no board) head up, to increase resistance and power in legs.

4. Kick dolphin face in water, breathe every second kick. (Say, "Head down and feet down as bottoms up.")

5. With arms at sides, face in water, kick dolphin, (accentuate use of back in movement.)

6. As drill 5, insist on chin pushing forward on surface for breath.

7. As drill 6, insist on quick return of head into water after breath.

Hit the fly drills above, 4 minutes.

1. With right arm extended, left arm at side, flutter kick on side.

2. With left arm extended, right arm at side, flutter kick on side.

3. Start as in drill 1 and after ten kicks, pull strongly with right hand and arm rolling across back to the other side recovering left arm and reaching to full extension in front.

4. Proceed in stages from ten kicks to six kicks to three kicks. (These drills assist coordination and teach swimmers on Backstroke to pivot the shoulders in position for recovery).

5. Swim 200 to 400 using this method concentrating on the straight arm recovery, the lift of the shoulder, the roll into the pull and the pivoting of the shoulders on the axis formed by the still head and spinal column.

Retrieved from "https://aforathlete.fandom.com/wiki/SDA/Lessons/15?oldid=47247"
Community content is available under CC-BY-SA unless otherwise noted.